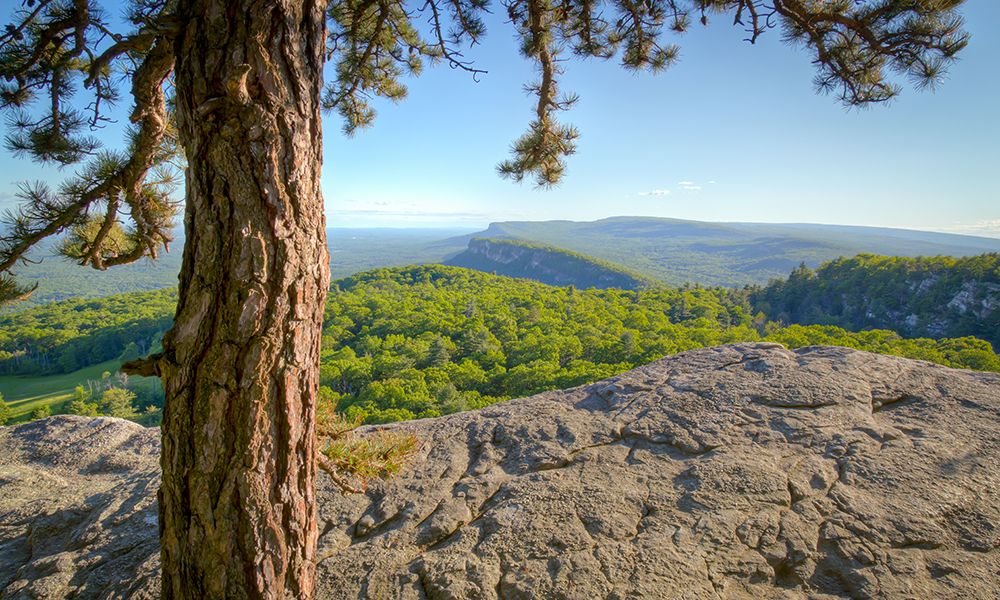 Creating a Legacy of Support for Mohonk Preserve

As an organization dedicated to the perpetual protection of the lands in its care, Mohonk Preserve is truly in the “forever business.” From its inception, the Preserve has benefitted from the exceptional generosity of supporters who have included the organization in their estate plans.

The Preserve produced an early brochure about planned giving, and in 1993, the spring Ridgelines newsletter included the first specific mention of bequests and provided sample language for those wishing to include the Preserve in their wills.

A decade later in 2003, during the Preserve’s 40th anniversary year, Bobbi Esmark joined the Preserve as director of development, noting in Ridgelines that she hoped to “help the Preserve protect and deepen our financial resources with the same long-term view that we have regarding the land.” As one of her first initiatives, she introduced the Legacy Society to formally recognize donors who express their commitment to the environment by making planned gifts to the Preserve.

Making a planned gift – one which involves including an organization in estate planning – can be done in a variety of ways, including bequests in a will, through named beneficiaries in retirement plans and life insurance policies, bequests of appreciated securities, and via gifts of land.

The giving options of the Preserve’s Legacy Society are as varied as its many members, but the results are the same – directed philanthropy that ensures the Preserve will be able to safeguard and maintain over 8,000 acres of mountain cliffs, forests, fields, streams, grasslands, and other natural places now and into the future.

Members’ reasons for joining the Legacy Society are also many, but a recognition of the importance of giving back to a place that has given them so much is a common thread. As Legacy Society member Lynn McGrew described it in a video interview, “Every time here is memorable. If you want something like this to exist for yourself and future generations, then you have a responsibility to support it.”

From its beginnings in 2003, the Preserve’s Legacy Society quickly grew to 50 charter members, including inaugural member and Preserve Board President Sara Senior along with Bobbi and Bruce Esmark. Today the Legacy Society has increased to 129 members. The growth of this exceptional group of donors reflects the growing understanding of the importance of the Preserve’s mission to protect the Shawangunk Mountains region and inspire people to care for, enjoy and explore their natural world.

On July 26, the Preserve hosted a special dinner at the Visitor Center to thank Legacy Society members for taking the long view in their support of the Preserve. Guests enjoyed a catered meal from The Main Course and, more importantly, the chance to meet with new and old friends who all share a love of the Preserve.

We invite you to join these committed supporters by including the Preserve as you plan for the future. For more information on the Legacy Society and the many options for planned giving available to you, contact Capital Campaign and Endowment Coordinator Kathy Hamel at 845-255-0919, ext. 1255 or khamel@mohonkpreserve.org.

On Oct. 19-Oct. 23, there may be delays and detours on Butterville Road due to work on the Lenape Lane Bridge. Trailheads open daily at 7 am for members and 9 am for day-use visitors. Please note that Preserve lands and trailheads close at sunset. For more information about visiting the Preserve, including trailhead information and COVID-19 protocols, click here.